The reserve protects the Limoncocha lagoon, and a smaller one called Yanacocha, wetlands, swamp areas, and tropical rain forests that surround the lagoon. Limoncocha, specially its shoreline and swamps, are home to a unique range of flora and fauna; adapted to live permanently in this forest-aquatic environment. Here we find a great diversity of species, especially waterfowl, which motivated its declaration as Ramsar site, an international recognition for wetlands of great importance.

The whole area was declared a Ramsar site in 1998.

From Quito. You  must arrive to the city of Lago Agrio (260 km) or the city of Francisco de Orellana/Coca (290 km), from where you will access the entrances to the reserve. You can also arrive to these cities by air (35 minutes).

From Lago Agrio. You take the route Lago Agrio-Shushufindi-Pompeya. On kilometer 31 of this road, after passing the town of Shushufindi, you´ll find the entrance to the protected area.

From Coca. Navigate the Napo River until you reach the kichwa community of Pompeya. The trip takes 3 hours. From here you take the road to Shushufindi until you reach the entrance to the reserve on Km31. You could also access by land on the road Coca-Sacha-Sushufindi-Pompeya (110 km). 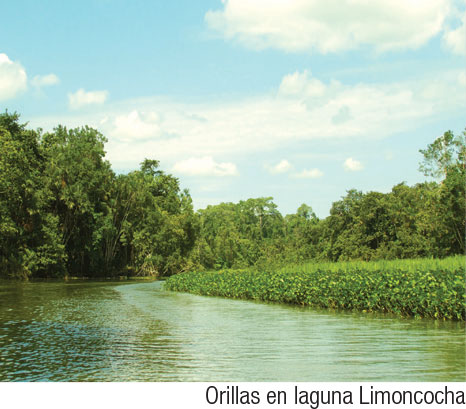 The origin of Limoncocha lagoon is due to a relatively frequent phenomenon in the Amazon basin. Many rivers, especially those of medium size with good current flow, overflow during rainy season and flood the banks and adjacent areas. When rains decline, the water recedes until the next rainy season. Possibly what happened in this area was that Napo River flooded the plain terrains, and the water remained on what today is the lagoon, nevertheless there is a strong theory that proposes the existence of an aquifer that feeds the lagoon, since during dry season the lagoon remains with water, contrary to what happens with other Amazon lagoons. 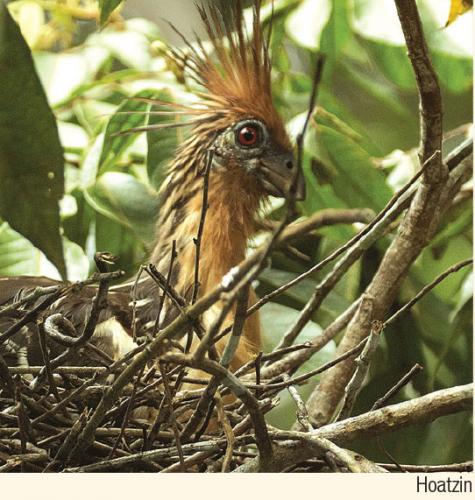 In the visitor registration area and administrative center, you´ll find an auditory or meeting room; in the buffer zone there are accommodation cabins in the Limoncocha community. In the lagoon there is a pier from where you can take a row boat or canoe ride tours.
Caiman Trail. This is a 2 kilometer long trail that is integrated to the growing vegetation that surrounds the lagoon. 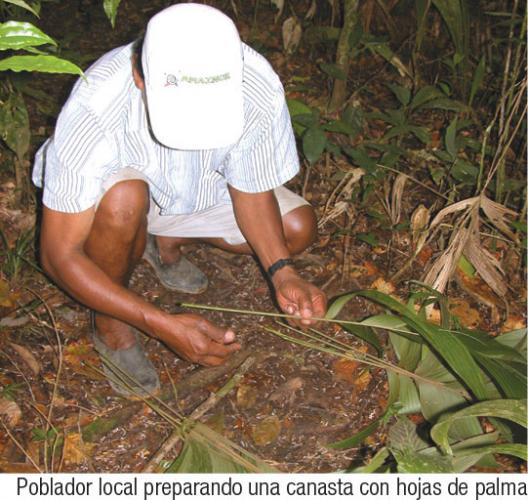 There are indigenous kichwa people living on the surroundings of the reserve, especially on the riverbanks of the Napo River (where the soil is fertile and suitable for agriculture). Today, the kichwas populate the riverbanks of Napo River all the way to the border with Peru, but formerly they mainly lived on the higher areas of the Napo, which today is the Archidona and Tena area. During colonial times, for several reasons they migrated and settled in the lower areas of the river.
Today they maintain their small farms, cultivation spaces from which they feed their families by growing bananas, yucca, sweet potatoes, and sugar cane. They also hunt, fish and gather fruits.
The names of the two lagoons of the reserve are in Amazon kichwa language and make reference to the color of the water. Lomoncocha means 'green waters' and Yanacocha 'dark waters'. There are some references that say that the Limoncocha lagoon used to be called Capucuy, the name of a small banana very abundant at its shores. 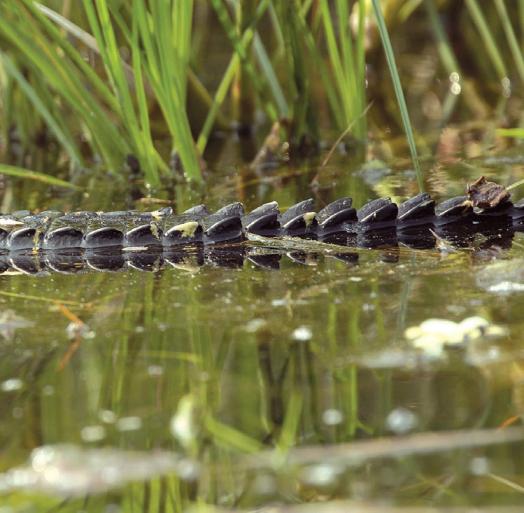 The studies that have been performed in the area indicate the presence of three ecosystems: aquatic ecosystems, comprised by rivers and lagoons; flooded ecosystems, which are found in the banks of rivers and lagoons; and in the more remote areas, tropical rainforest on dry land. Species inventories reveal the existence of 144 bird species, 55 mammal species, 39 reptile species, 53 amphibian species, and 93 fish species.
Morete palms grow in the swamp areas that are found on the south side of the reserve, a characteristic species of these environments and that are also found throughout the whole Amazon basin. At the time of palm fruiting,  during the flooding months or winter, a great amount of parrots, macaws, and monkeys remain in this area to take advantage of the abundance of food. Birds are the most representative group and the easiest to observe; several species of herons stand out and the distinctive hoatzin or 'stinking turkey', a very colorful species that is found on the banks where its favorite food grow: a plant known as “water chirimoya”. Underwater there are black alligators, spectacled caiman, and river fish such as sea bass, bocachico and tucunari.
Away from the lagoons, in the areas where flooding does not occur, grow the great trees of the forest, such as ceibos, cedros, sangre de gallina. There are also palms such as tagua, chambira, and pambil utilized by the indigenous kichwas as food and for home construction. 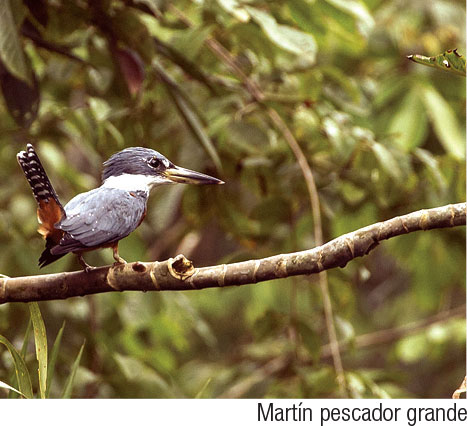 Limoncocha Lagoon
This is the main attraction of the reserve along with the tropical forest that surrounds it and that floods periodically. There is a great diversity of birds that surround this area which are easy to observe during the day: macaws, parrots, herons, ducks, kingfishers, and hoatzines. Alligators are easier to spot during night time from small rowboats, called quillas, and with the help of a naturalist tour guide.

Napo River islands and beaches
From here you´ll be able to admire the great Amazonia river, exploring to find mammal footprints and observe how the parrots and macaws own the sky.
Pompeya kichwa community. It is found outside of the reserve in an island in the middle of Napo River. The Centro de Investigaciones Culturales de la Amazonia Ecuatoriana-CICAME (Ecuadorian Amazon Cultural Research Center) operates here and it includes the Ethnographic Museum where you´ll be able to get to know more about the siona, secoya, cofan, kichwa, and waorani nationalities of the Amazonia. 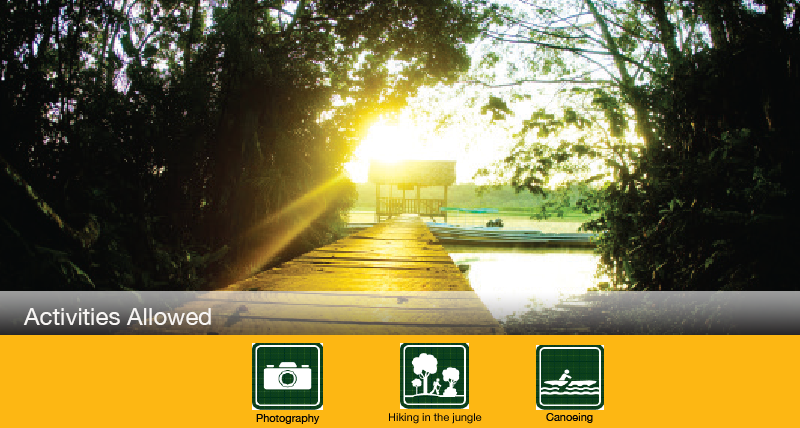 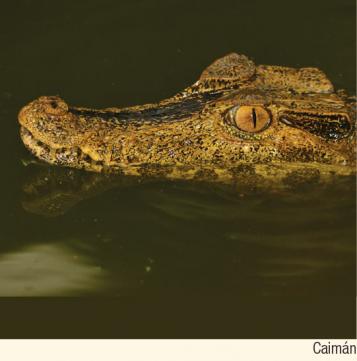 Clothing. Light clothes and rubber boots to hike on the trails of the area.