A two-summit volcano, a heart shaped hill, and a green-turquois lagoon are the main attractions of this reserve. From its foothills many streams are born which feed two important rivers, Toachi, which runs towards the north through a 40 meter high canyon, and Pilaton. This reveals the importance of the cloud forests of the reserve for the generation of water for the surrounding towns and cities.

The reserve is divided up in four sections and it is possible that you may have visited without realizing it. The biggest section includes a long forest to the west of Quilotoa, where springs and streams of water are born to further down feed the Toachi River. The second section, located on the northeast, is where the Ilinizaas and El Corazon are located. The third section is located on the southwest, separated from the bigger section by the highway Latacunga-La Mana. The fourth block is a kind of island of 800 hectares that the Quilotoa lagoon surrounds.

Quilotoa´s crater. Take the Panamericana Sur until you reach Latacunga. From here you take the Latacunga-La Mana road until you reach the town of Zambahua (100 km). Go in this town and take a paved road that takes you to the Quilotoa crater (13 km).

La Virgen entry. Take the Panamericana Sur until you reach Machachi. Take the road that leads to Parroquia el Chaupi; from here take a second order road to arrive to La Virgen area. 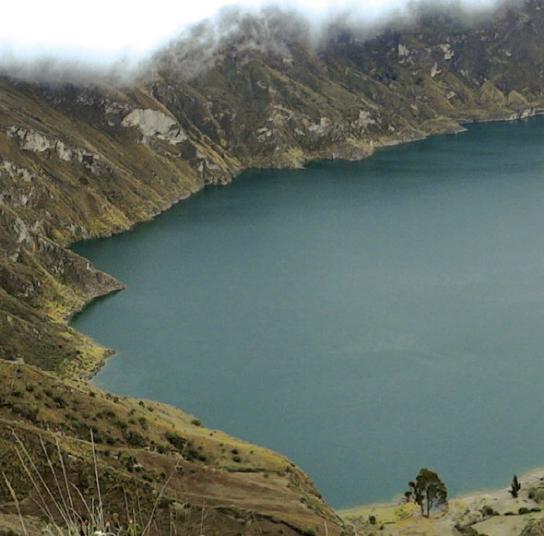 The Ilinizas are two sister summits of the same origin, part of a great volcano that was divided. The soil that covers the reserve is of volcanic origin relatively recent. The great altitudes that these summits reach allow for the existence of two very accentuated areas: towards the west, due to the humidity that comes from the Pacific, soils and vegetation are more suited to the humid  environment, while the foothills that are towards the inter-Andean alley are sandy soils with very little water. This phenomenon in which mountains interrupt the flow of clouds is called “sombra de lluvia” (rain shadow), since a great part of the humidity is retained on one side of the mountain and the other receives only dry winds. Also located within the reserve are the volcanos of Corazon, named after its shape of an inverted heart, and Quilotoa, where the most visited site of the reserve is, a turquoise water lagoon. 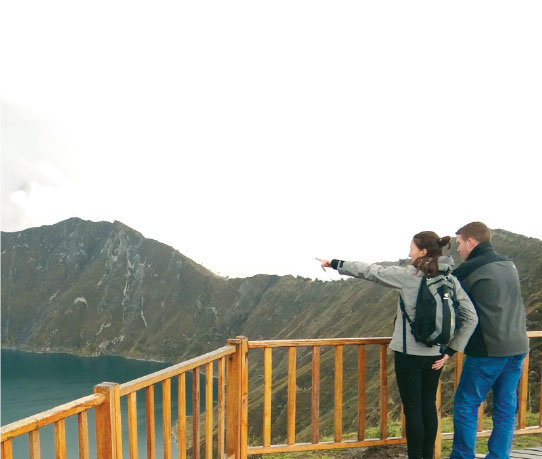 The main trails of the reserve are:

Quilotoa Lagoon. From the border of the crater to the lagoon there is a distance of 2 kilometers. You can do this trail either on foot or on horse. Additionally there is a kayak renting service to explore the lagoon.

Yagual. This trail has a distance of 4 kilometers and runs through a polylepis forest, natural gazebos and beautiful scenery. It is of medium difficulty and it ends in La Arista area.

Cunuyacu Hot Springs. From El Progreso area you take buses to El Milagro neighborhood, where you rent a trunk that takes you to Cunuyacu. From here there is a trail of 500 meters that runs through a waterfall and allows you to experience the natural hot springs. 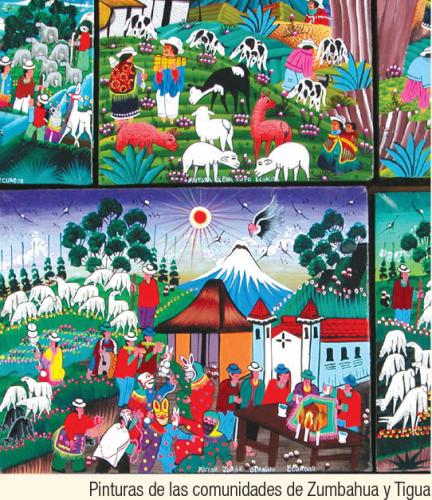 The area´s ancient history includes ethnicities such as the Chibchas, Cayapas-Tsachila and Quijos, who arrived from the coast and the Amazon. In an ancient native tongue, Iliniza means “male hill”. Before the arrival of the Incas, what now makes up the protected area was part of a divided area among caciques such as Tacunga, Mulliambato, Pillaro, Quisapincha, Panzaleo and others. During colonial times great part of the lands of this area became part of extensive ranches, especially in the Andean area. Some of these still exist and are mainly engaged in livestock and agriculture. Surrounding the area there are several peasant and indigenous communities that are engaged in livestock and agriculture activities. 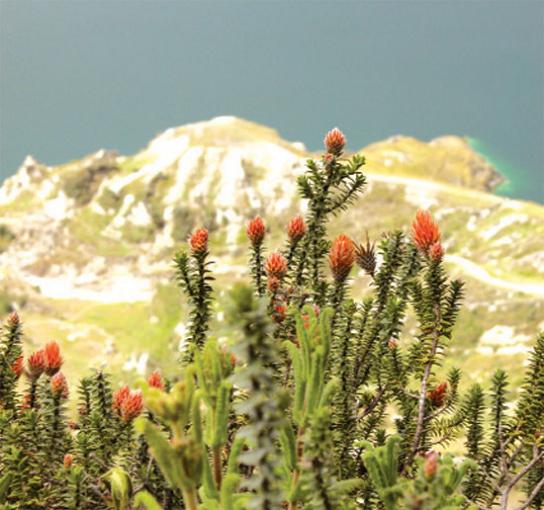 The reserve has subtropical forests, Andean forests and moorlands; as such its biodiversity is considerable. In the subtropical forests there are tigrillos, aramadillos, cusumbos; there is also a great variety of birds such as tangaras, trepatroncos and hummingbirds. The puma is one of the felines of the subtropical forests that can climb up to the moorlands, as well as the spectacled bear. In the Andean forests we find a mammal that is considered rare and in danger of extinction: the pacarana, also called the tailed-guanta. This is a nocturnal rodent of  medium size that makes its burrow at the base of large trees. In the moorlands and higher areas we find the moorland wolf and the white-tailed deer.

The cloudforests that are within the reserve make up a refuge to many species; among which the most striking ones are the birds. There are turkeys, partridges, toucans, hummingbirds, and pygmy owls or Ecuadorian mochuelos, measuring just 16 centimeters; we also have the tororoi, a stocky bird with long legs that looks for insects on the forest floor. In these forests one of the most unique and difficult to observe birds has been registered: the yellow-eared parrot. This bird is in danger of extinction due to the fact that it builds its roosts and nests on the trunks of wax palm trees, species that due to its use during Easter, has also become increasingly scarce.

In terms of vegetation, on the warmer areas there are palms such as chonta, tagua, matapalos, porotones, and giant ferns. As we ascend we find commercially valued rosemary adn cedar trees, in addition to arrayanes and tilos. In the moorlands there are forests of polylepis, chuquiraguas, pajonales, chochos de monte and bilberries, that mix with bare sand extensions and give the scenery a lunar aspect. On the surroundings of the Quilotoa lagoon chilcas, zapatitos, lecheros and cactus grow. 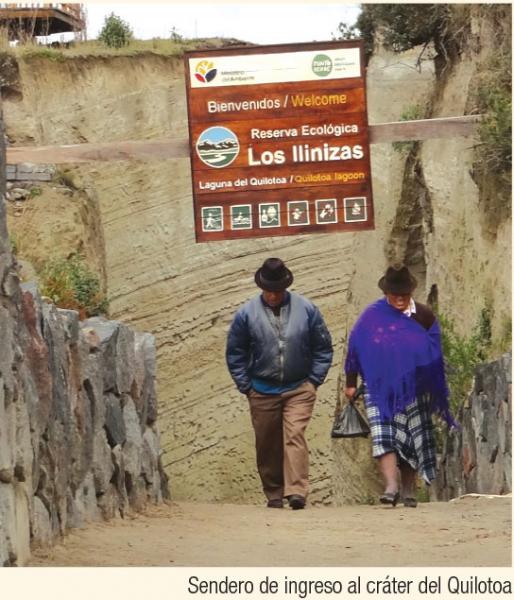 Ilinizas are the two summits of the same volcano. It is thought that originally it was only one elevation but because of constant eruptions it cracked the summit and it formed the two peaks. The south summit is taller and wider (5,263 meters high) and is always covered in snow. This makes its ascent more difficult than that of the north side, of 5,125 meters high, and almost always without snow. Climbing either of the summits is very rewarding because of the beautiful view from such height.

Its name is due to the resemblance of a heart that is pinned on the mountain range. There are many paintings and drawings of the XVIII and XIX centuries that show it as a snowcapped volcano, but today it is covered in snow only on days and nights of intense cold. Climbing it is relatively easy and experienced climbers use it as an acclimatization mountain before climbing the summits of higher mountains such as Cotopaxi, Cayambe or Chimborazo.

This stands out because of its emerald-green color of its waters and because it is located within the caldron of the Quilotoa volcano. It has a depth of 250 meters and icy waters, but it has light warm water currents due to its volcanic activity. From the edge of the crater there is a trail that leads to the shore of the lagoon. The minerals that give the lagoon its color along with the volcanic gases that emanate from it make it impossible for fish to live in its waters or that waterfowl visit it, neither is it suitable to drink. Quilotoa´s last eruption was during the XVIII century. 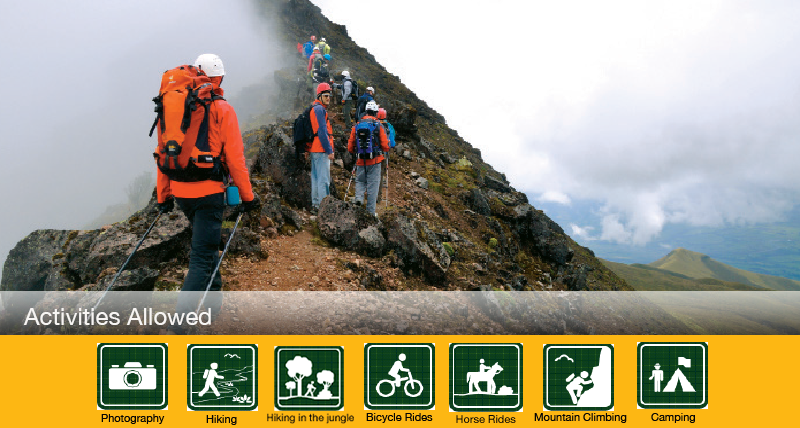 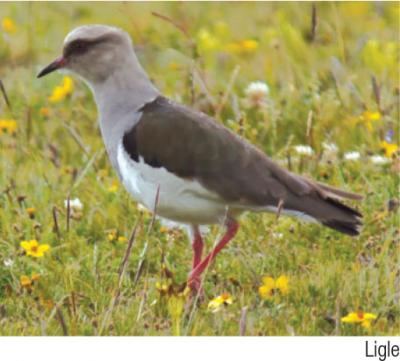