This park is one of the country's first protected areas. Its early declaration in 1979, in  the beginning of the National System of Protected Areas of Ecuador reveals the importance of the area and the importance of protecting its ecosystems. Its ecosystems include arid and semi-dry forests and the coastal ecosystems of South Manabi. Its name comes from the Machalilla culture, one of the most important pre-Hispanic cultures of the coastal region, who lived in this area for 800 years (1800 BC - 1000 AD) Culture.

Inside the park and surrounding areas there are archaeological sites from various cultures, from Valdivia more than 5000 years ago to the Manteño - Huancavilca culture, 500 years ago. The park is full of evidence of the ancient inhabitants of Manabi. The protected area includes beaches, several near the waterfront as Salango, Horno de Pan, Sucre, Pedernales and El Sombrerito, and also the famous Isla de la Plata.

In 1990 the marine zone was declarated a Ramsar wetland

From Quito. Sto.Domingo - Quito route is taken. (151 km). From Sto.Domingo continues to Chone (140 km) southwest toward Manta (91 km). From Manta, take the Troncal del Pacifico towards the south, to connect with the Jipijapa - Puerto Cayo - Puerto Lopez (89 km) and reach the central park of Puerto Lopez, where the offices of the protected area are.

From Guayaquil. Take the road to Daule until you reach Nobol (41 km). Here you continue along the Nobol - Jipijapa road, as far as Jipijapa. Then head west towards Puerto Cayo (28 km) taking the Troncal del Pacifico road south until Puerto Lopez (33km). 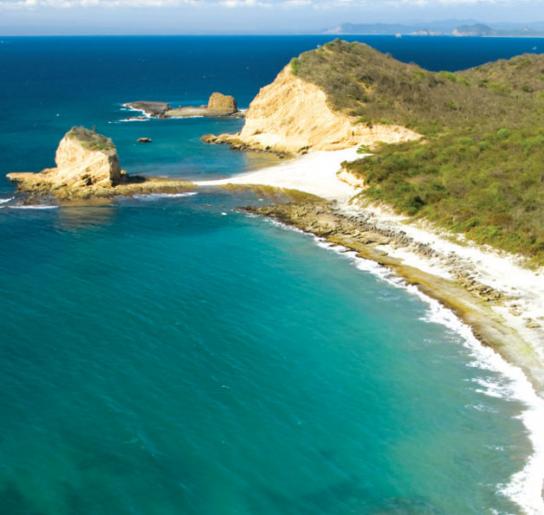 The terrestrial area of the park encompasses the territories of five river basins: those of Cantagallo, Jipijapa, Salaite, Buena Vista and Ayampe rivers. The most important watershedsare Ayampe and Buena Vista, which together account for about two-thirds of the protected area. Here there are several population centers: Puerto Cayo, Machalilla, Puerto Lopez and Salango.

Unlike other areas of the coast, the topography of the coastal strip of Machalilla is very irregular and includes eroded cliffs, rocky beaches where you'll find lots of rocky pools where you might find various marine species.  You can also find flat sandy beaches and valleys that meet the Pacific.

The coastline has bays and inlets and usually enjoys calm waters, with a continental shelf from which rise various islands and islets which characterize the protected area. 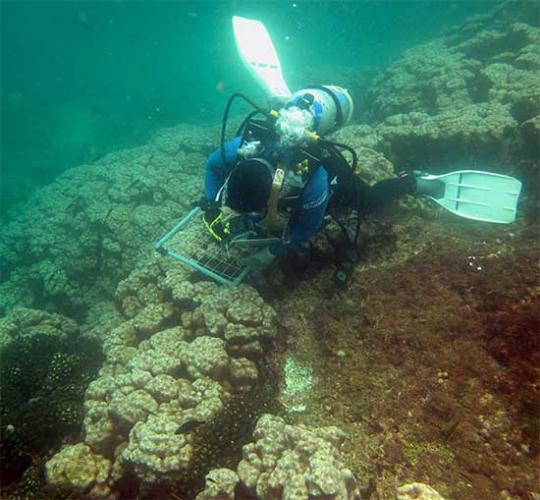 The Interpretation Centre is next to the park’s offices  in Puerto Lopez. In the community Agua Blanca community there is an archaeological museum and shelter in community cabins. On the Salango beach  there is an interpretive center dedicated to sea turtles. The trails in the park are:

Bosque del Sol: located near Los Frailes beach and the entrance is 200m to the right of the gatehouse. It runs parallel to the beach of Los Frailes, to Prieta Beach, Tortuguita and the viewpoint of Los Frailes. You need a guide for your journey of 3.8 kilometres.

Salango’s beach: located near  Salango town; It is 1.4 km long and the entrance is by the interpretive center. The company of a guide is required for your travel. 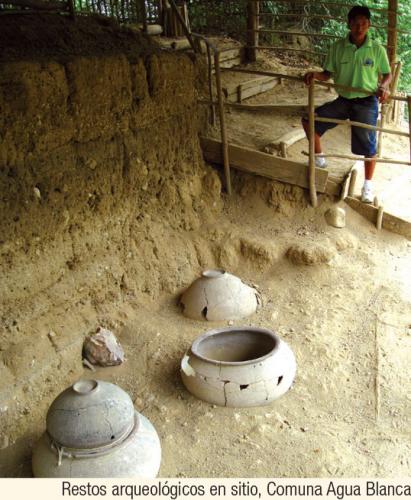 The evidence and archeological sites found in the area indicate that several pre-Hispanic cultures occupied this territory around 8,000 years ago.

The valleys close to the coast were occupied by the first farmers and hunters who went on to colonise more of the continent. However, the most important cultural reference of this park and the southern province of Manabi, is related to the Manteño – Huancavilca culture (1500 BC - 500 AD).

Its inhabitants had several hamlets in the region and from this area they controlled and administered pre-Hispanic trade and exchange that existed between the north and south of the continent.

They also developed the art of sailing, employed large rafts and became important merchants of the time.

Chairs or thrones of stone, characteristic of this culture seem to be an indicator of its power and importance and vestiges have been found in what we believe were their ceremonial civic centres in the central región of Manabi.

Currently there are 12 communities within the park whose inhabitants are mainly engaged in agriculture. 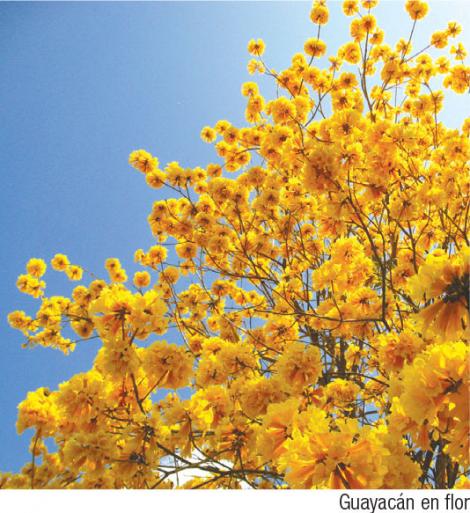 The park protects a large swathe that ranges from the peaks of the coastal mountain range of Chonchón - Colonche to marine environments around the Isla de la Plata.

In all these landscapes you can enjoy a wide variety of flora and fauna.

The green macaw an emblematic bird of the region. In terms of mammals, you might find ocelot, jaguar, collared peccary, white-tailed deer, howler monkeys and capuchin monkeys. The lower areas of the mountains play host to in the arid and semi-arid forest, where the vegetation is adapted to water scarcity; a such you'll find species such as cactus, palosantos, muyuyos and guayacanes and beautiful coral trees. Among the birds that frequent this area are the motmot, the parakeet or Vivina, the vermillion flycatcher, horneros (which build mud nests in the branches of trees) and Valdivian hawk or Reidor falcon.

Among the mammals that live in these forests are deer, armadillos, anteaters and fruit bats. Near the beaches there are thickets, salt mounds and with jetties/breakwaters; here you might see the four species of sea turtles recorded in Ecuador, as they nest on the beaches of the park: these are the hawksbill, green, olive ridley and leatherback turtles.

In underwater environments there are rocky reefs and coral communities, especially around the Isla de la Plata. There are lobsters, sea cucumbers and various snail species. There are records of 143 different species of fish, including sawfish, grouper, white huayaipe, duster, several species of sharks (including whale) and striking butterfly fish and parrot fish.

One of the characteristic species of these waters is the giant ray, a relative of the shark, which can reach eight metres in size. The richness of the marine area is demonstrated by its certification as a wetland of international importance under the Ramsar Convention.

Isla de la Plata, one of the most visited sites in the park, provides shelter and nesting site for many sea birds. Among the most common and easy to observe are masked boobies, blue-footed boobies, frigatebirds, tropical birds, small petrels and terns, which usually hover near the beaches and rocks.

On the island there is also a small population of the Galapagos albatross, making this and the Isla Espanola its only nesting sites. 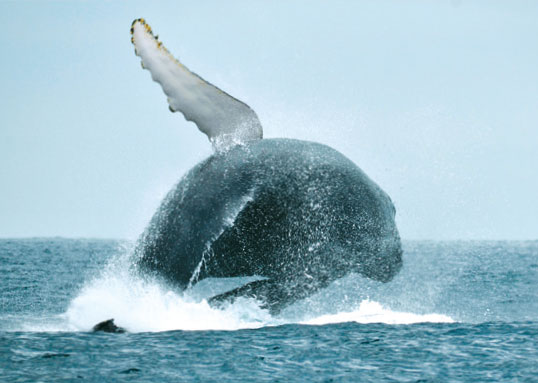 It is considered one of the few beaches that still maintains its natural characteristics. It is located between the towns of Puerto Lopez and Machalilla. In this area there is a path that runs through the arid forest and the beaches of La Tortuguita and La Playita up to Los Frailes.

Isla de la Plata is located 40 kilometres from Puerto Lopez. There are five trails, where you can see several species of birds and the island's cliffs.You can observe marine biodiversity if you go snorkeling, mainly in the reefs of Palo Santo and El Faro. The visit requires the company authorized by the administration of the park naturalist guide.

Agua Blanca is located 5 kilometres north of Puerto Lopez; the commune has an archaeological museum with pieces from the Manteño – Huancavilca culture. In this area we found the famous stone chairs or chairs of power, so archaeologists say here was one of their ceremonial civic centres. Its inhabitants, as seen during the tours, are proud of their past and their heritage. The community has large hot springs, where you can take a refreshing swim. The mud from the bottom of the pool also offers magnificent relaxing properties and is a rewarding experience.

Another attraction is the humpback whale, which frequent the area between  July and September. These mammals travel from the cold Antarctic waters up to our warm waters, looking for the right conditions to breed and give birth. Tour operators offer whale watching boats; note that visitors and tourists must follow established standards. 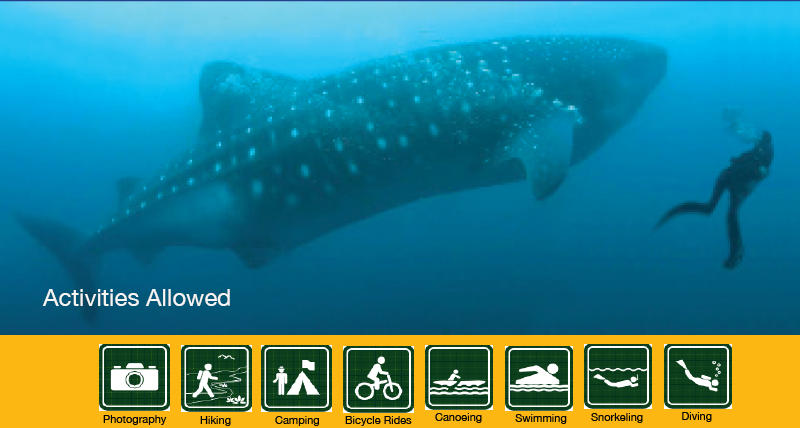 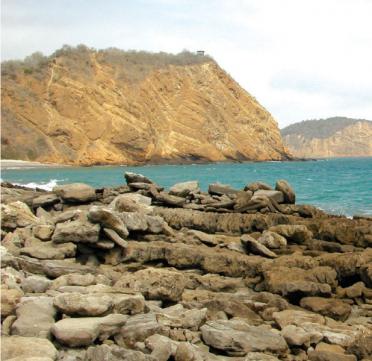 Clothing: Light and comfortable clothing and  footwear to walk around the area. The whale watching season usually coincides with the cold months so it is recommended to bring warm clothes and windbreakers.

Whale watching: This activity takes place during the months of June to September. You should contact the National Park authorized operators.