This reserve protects the tropical rain forests that surround and cover the mountain range of Mache Chindul located on the Ecuadorian Coast. The tropical rain forests belong to the area of Choco, a very humid region that extends from Panama to the northwest of Ecuador. The dry forests replace the tropical rain forests towards the south, from the surroundings of Cojimies y Jama, on the north of Manabi; they cover the Mache Chindul mountain range and the southern Ecuadorian coastline that stretches towards Peru. The reserve protects Cube lagoon, an area that was declared as wetland of international importance for the diversity it holds, for the important ecological functions it performs and the environmental services it provides to the surrounding population.

From Quito. You take the route Quito-La Independencia-Quininde (227 km) or the route Quito-Sto. Domingo-Quininde (218 km). From Quininde  take the road to Esmeraldas for about 12 kilometres until you reach the sign for Km 80, where you continue until the “Y” (junction) of La Laguna. The entrances to the reserve are:

La Laguna. From the junction at La Laguna you take the road to the Cube lagoon, a total of 17 km of unsealed/dirt road. All-terrain vehicles are necessary to down this road during winter time due to road issues, however there aren't any problems getting down there on the bus during summer time.

From Quininde you can take buses from the Quininde bus company that leave every two hours, with their final destination being the “Y” (junction) at La Laguna.

Dagola-Mono. From the “Y” (junction) at La Laguna you need to get to the El Eden de Dagola community, through a summer road of 21 kilometres; during winter time you can only get here on foot or by horse. Using a private vehicle you get as far as 5 kilometres from the community. 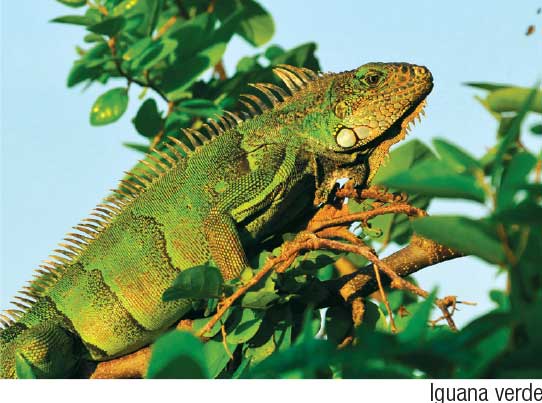 The reserve is found in a transition area of 'tumbesino' dry forests (native to the south of Ecuador and north of Peru) and the tropical rainforests of the Choco region (from Panama to the Ecuador’s northwest). Both ecosystems are extremely biodiverse and play host to unique species, but while annual rainfall is between 1.000mm to 3.000mm of rain in the rainforest of the northern area, the southern region only gets about 1.00 mm of rain fall annually.

The Mache Chindul mountain range is one of the massifs found to the west of the Andes  on the coastal plains. In this mountainous region many important rivers are born such as the Muisne, Chebe, Atacames and Tigua rivers. Some of these rivers are tributaries of the great Esmeraldas River. 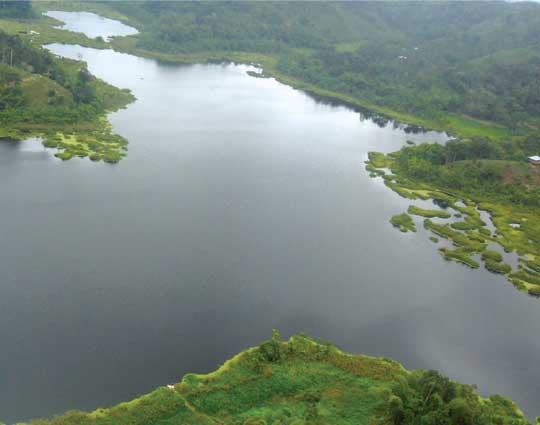 The trails for this resrve are:
Laguna de Cube. An 800 metre tour towards a gazebo, running through the Laguna de Cube, Tuneles, and the Cascada de Colorado. You can also try canoeing, sport fishing, or night caiman watching. The trail is of medium difficulty and requires a tour guide.

Túneles el Colorado. This is a 5 kilometre trail that includes hiking inside the tunnels to understand their formation and also bat watching. Its access is through a natural trail and a trail made by the local community, its level of difficulty is medium and requires  a tour guide.

Rancho Pablito. On this 700 metre trail, you hike from the 'Centro de Visitantes (visitor center) to the waterfall, passing through a forest that has almost not been tampered with, where you can observe birds and native flora species. This trail also requires a tour guide.

There are three information centers: on the “Y” (junction) of La Laguna, on Balsalito and on Eloy Alfaro; additionally there are the Estacion Biologica Bilsa (Bilsa biological station) and the cultural centres of Chachi.
Also, there are cabins of community lodging facilities within Laguna de Cube, Dagola, Bilsa, Cuasa, Rancho Pablito and Las Mercedes. 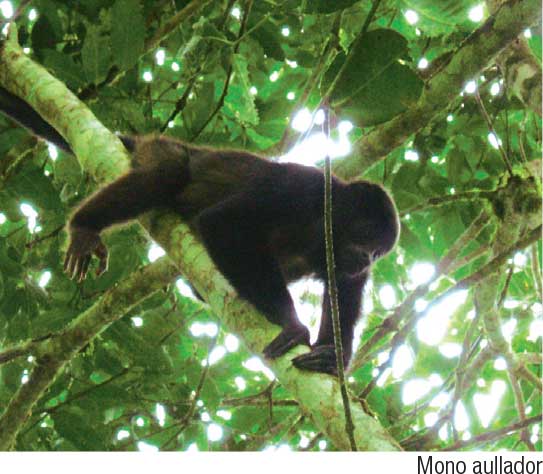 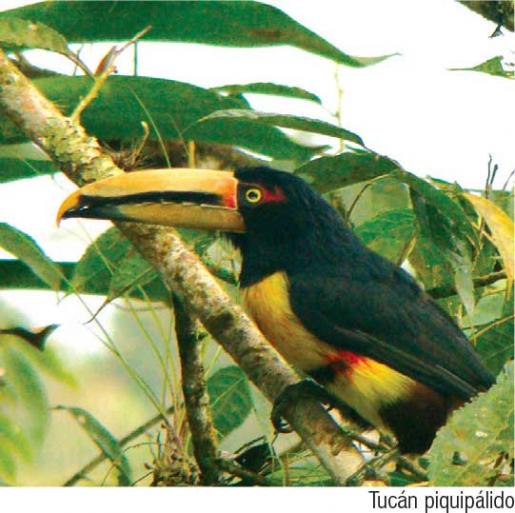 Flora surveys to date have recorded the existence of a great variety of orchids and lianas. Among the most representative trees are the gutter, anime, tangare, mahogany, cuangare, and several palms like pambil and tagua. Recent inventories have revealed the existence of three tree species new to science, one of which belong to a new genus named Ecuadendron, meaning “Ecuadorian tree”. In the dry forests there are several types of trees, including fernan sanchez, lingum vitae, tillo, hobo bush, yellow, pinion and muyu, and in the more arid areas you'll cactus, ceibos, and brusera graveolens.
By way of mammals there are several species of monkeys: capuchin, howler, brown-headed spider monkey; the latter is considered seriously endangered. You may also find ocelots, guanfandos or water dogs, matte heads, cusumbos, and perhaps even a jaguar. In the rivers you can find otters, crab-eating raccoons and scrubber bears.Birds include the hermit hummingbird (very typical of this area), Choco’s tucans, dark cheeked woodpeckers, brown woodpeckers, paleton tucan or “dios-te-de” (“may god give you”, named so because of the sound it emits), crested guans, and the great curassow, also very rare. Due to the diverse microhabitats found along the altitudinal range of the reserve, there is a great diversity of amphibian speciessuch as the striking monkey frog, the nursing frog, and the devil kiki frog. You might also see boa constrictors, several species of false coral, white or spectacled caiman, the snapping turtle, and the lots of striking iguanas. 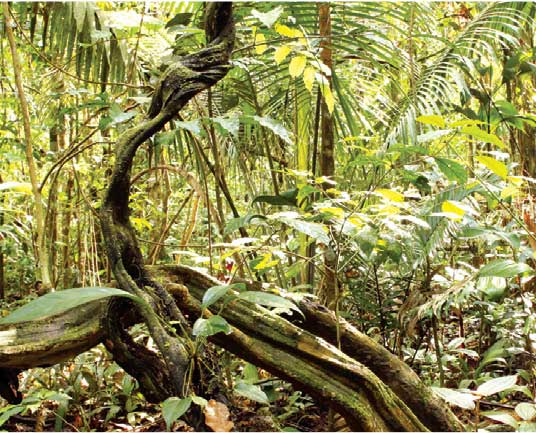 The most important resource of this reserve is the tropical rainforest of the Choco area and the tropical dry forest found further south, in the province of Manabi.

Covers an area of 21 hectares. During the winter season, an expanse of lagoon is flooded, forming a great wetland that is ideal for aquatic bird watching. 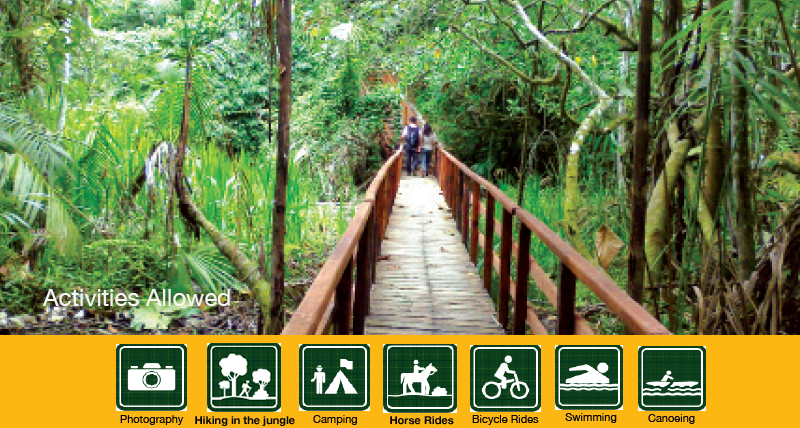 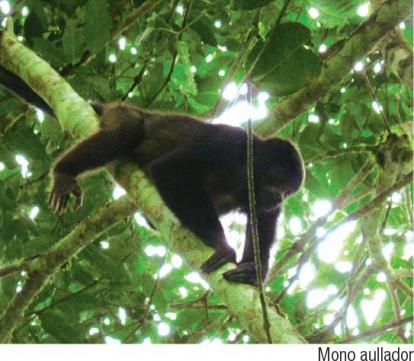 Clothing. Light clothing and rubber boots to walk the trails within this area.
What to Bring. Sunblock, insect repellent, camera and/or binoculars, and enough drinking water for the long and medium hiking trails.