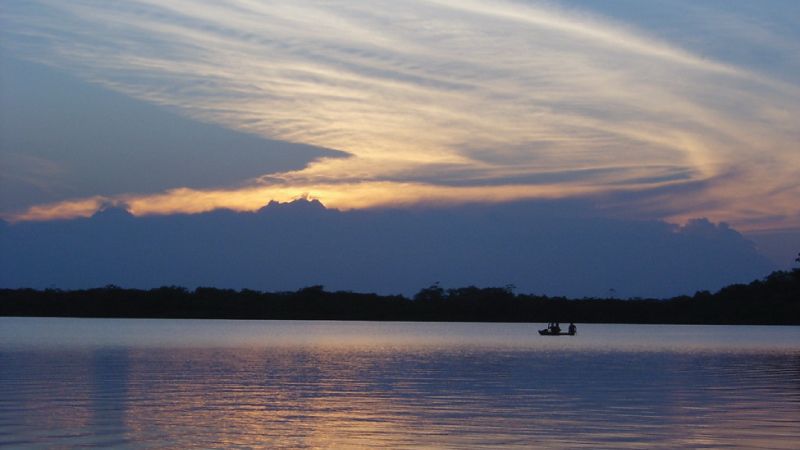 The Ecuadorian Ministry of Environment is pleased to announce the acceptance of the Cuyabeno - Lagartococha - Yasuní complex in the List of Wetlands of International Importance by the Convention for the Conservation and Sustainable Use of Wetlands, known as RAMSAR. The importance of these natural spaces is that they are ecosystems with great biological diversity, regulate the water cycle and the climate. They are also generators of water resources for freshwater supply and constitute areas of use for human activities such as tourism and fishing. Wetlands contribute to regulating the water cycle, controlling floods and droughts, providing water and are a wildlife refuge.

The Cuyabeno-Lagartococha-Yasuní wetlands complex is located in the provinces of Sucumbíos and Orellana. It is located in the form of a connectivity corridor between two of the country's largest protected areas, the Cuyabeno Fauna Production Reserve and the Yasuní National Park. It protects the low river basins: Aguarico, Lagartococha, Napo and Yasuní, occupying an approximate extension of 770,000 Hectares.

With the declaration, made official on August 24, 2017 by the RAMSAR Convention, it is recognized as the largest wetland in Ecuador. The appointment took four years, since since 2014 the Ministry of the Environment of Ecuador (MAE) with support from WWF Ecuador worked on the collection and gathering of information that was later analyzed by the Secretariat of the RAMSAR Convention. At the end of 2016 and early 2017 efforts were resumed until the acceptance of the RAMSAR Convention.

Apart from the newly approved wetland complex, since 1991 our country has designated 18 other sites as internationally important wetlands distributed as follows: seven on the coast, eight in the highlands, three in the Amazon and one in the Galapagos.

It should be emphasized that, as part of the country's efforts to achieve recognition of what becomes the internationally important wetland No. 19 in Ecuador, a socialization work was carried out on the proposal reaching 25 communities, of which at least 15 formally expressed their support. Previously a technical survey of information was carried out, concentrating the unique characteristics of that space and summarized below:

It has about 1500 species of vascular plants (9% of the national total). The floristic species of international importance is Mauritia Flexuosa, commonly known as the Palm of the Moriche or Morete, because within the wetland complex there is one of the largest communities of these palms that grow in flood areas and provide resources to both the Communities of the area and the fauna associated with this palm (Pavas, Saínos, Pecari).

1350 species of vertebrates, 64% of all mammals and 54% of all amphibians in the Ecuadorian Amazon.

200 species of amphibians and reptiles, 600 species of birds, 167 species of mammals of all orders present in Ecuador. It also houses an undetermined number of species of fish.

The recognition of RAMSAR sites as well as the creation of protected areas constitute concrete actions in favor of the conservation of the megabiodiversity and the rational use of the resources of the wetlands by the communities and original towns that inhabit them.