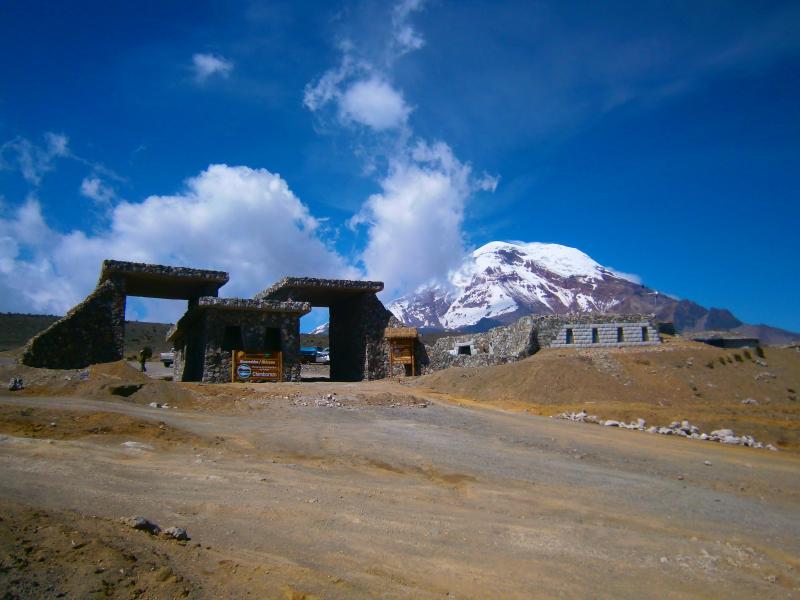 Chimborazo is the highest mountain in Ecuador, and is the postergirl of this reserve. The giant measures 6,310 meters above sea level and its upper slopes are by a vast bleak wasteland. This reserve, however, provides water to the three provinces below, borne from the Ambato, Chambo and Chimbo springs. Chimbo's waters end up in the great river Guayas; a link recognised in the national coat of arms. The connection between the Chimborazo and Guayas River is a symbol of unity between Costal and highland regions. The reserve is home to a large population of vicuñas reintroduced from Peru and Chile in 1988. There are also llamas and alpacas, native domestic animals which were used by the ancient inhabitants of the Andes before the Spanish introduced horses, sheep, cows and donkey. The reserve was created to protect these animals and its historical legacy as well as the strange wasteland of which they are part