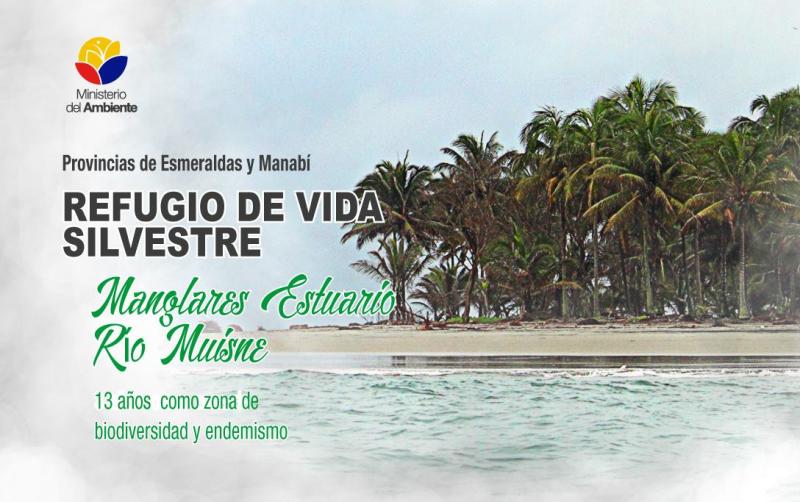 In Ecuador, mangroves grow in all estuaries that form the rivers to reach the Pacific Ocean. In these areas, rich in nutrients and protected by battering waves, were built during the 1980s thousands of ponds for shrimp farming. In some areas, such as the estuary of the river Muisne in the south of Esmeraldas and Cojimíes river in northern Manabi, mangrove destruction was almost total.
However, awareness of local people about their main traditional source of livelihood was gone, led to the protection of the last remnants remaining in these estuaries. The protected area covers 3,173 hectares which are distributed in 25 different bodies.