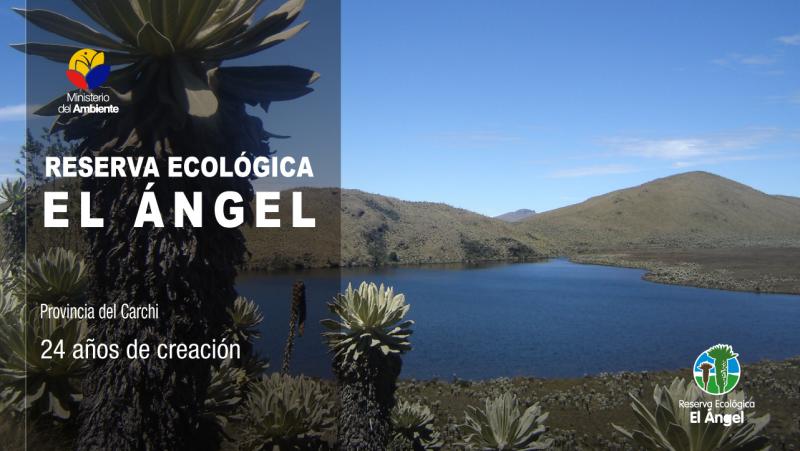 Battalions of thousands of plant being provided with the most extraordinary adaptations, defying the harsh climate in the high moors of Angel: frailejones are the most representative plants of this protected area. They have a crown rosette leaves covered with whitish hairs that protect from the cold, repels water and reflect the excess solar radiation; for its velvety texture they are also known as "rabbit ears". This type of desert is mostly in the Andes of Venezuela and Colombia; however, it reaches northern Ecuador in Carchi and an isolated population in the Llanganates National Park, in the central highlands - East. The wasteland of the Angel is very humid and has many lakes that provide water to much of the province of Carchi. In the buffer zone of the reserve there are forests of trees or colored paper, named for the color of its bark and because its trunk flakes. Deers, condors and curiquingues roam throughout the area.