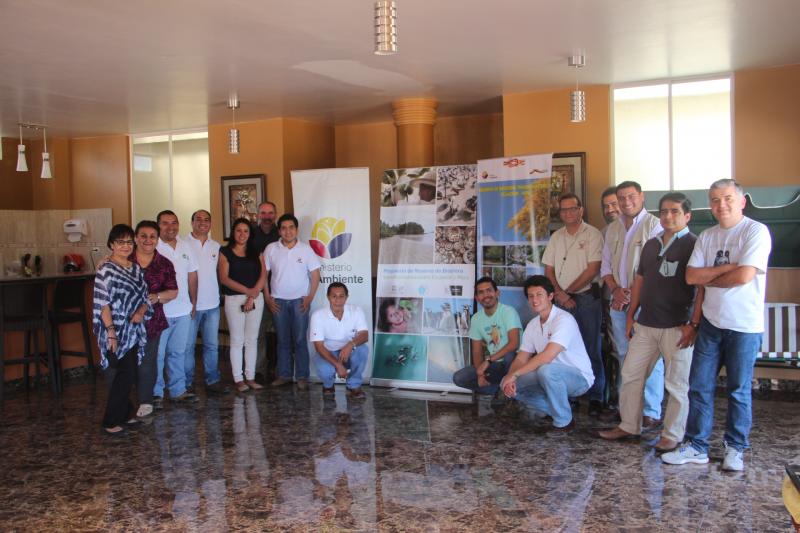 Thanks to the support of the Government of Flanders through financing the project "Biosphere Reserves as a tool for the management of coastal areas and islands in the South Pacific Oriental" (BRESEP); Ecuador and Peru continue to build the record to establish a Biosphere Reserve Binacional, for which, in the town of Macara - Loja, the technical teams of the Ministry of Environment of Ecuador and the National Service of Protected Areas by Peru meet to define the general guidelines for participatory workshops to be held in both countries with local actors.

This initiative was made in the Presidential Meeting and IX Cabinet Binational Ministers Peru-Ecuador developed in December 2015, in the City of Jaen Peru as part of the Declaration and Plan of Action of Jaen and framed in the provisions for the purpose by the MaB (Man and Biosphere) of UNESCO, but with this the sovereign rights of each country are affected. The Zonal Coordination 7 and the National Directorate of Biodiversity, Ministry together with strategic partners such as the Association of Dry Forest and Nature and Culture International actively working on the issue.

The proposed Transboundary Biosphere Reserve will be put to the consideration of the United Nations Organization for Scientific and Cultural Organization UNESCO in late September 2016.