In Ecuador mangroves grow in all estuaries where river mouths reach the Pacific Ocean. In these areas, rich in nutrients and able to withstand from the pouding of the waves, millions of shrimp growing ponds were built during the1980s. In some areas, such as the Muisne estuary on the south side of Esmeraldas province and on the River Cojimies in the north side of Manabi, the mangroves were almost completely destroyed.

Nevertheless, the realisation by the local population that the traditional and main source of their livelihood was disappearing is what motivated the protection of the last remnants that were still left in these estuaries. The protected area comprises 3,173 hectares, split into 25 different sections.

From Quito: Follow the route: Quito-Calacali-La Independencia-Esmeraldas (322 km); on the entrance to Esmeraldas city you take the road to Atacames (19 km), south, continue until you reach the “Y” zone of Muisne (junction), where you will find the road to Muisne (19 km). To access the Island of Muisne it is necessary to take a boat to cross the Muisne River. 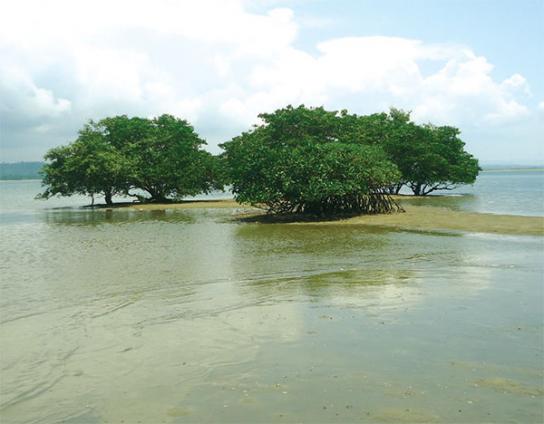 Geography, Biodiversity, and Attractions.
The wildlife refuge protects several mangrove areas at the mouth of the rivers San Franciso on the north side, and Cojimies on the south side; for ease of location they can be grouped together in 3 sectors: north, central, south.
The northern block includes the mangroves of San Francisco, Bunche, Isla de Muisne, San Gregorio and Bilsa. The central block is the largest of the three, and comprises mangrove areas in the locality of Las Manchas, Mompiche, Isla El Congal, and Ostiona. The southern block comprises the localities of Isla Esmeraldas, Isla Jupiter, Isla El Morro, Moracumbo, Bolivar, Daule, Pedro Carbo, Salima, Chamanga, Cojimies, Guadual, and El Churo.
The mangroves, canals and sand banks that surround these areas offer refuge, resting sites, food, and mating areas to several marine species: fish, birds, mammals, turtles, and a great variety of molluscs and crustaceans. Among the representative species that inhabit the estuaries are sargeant fish, mullet, snapper, as well as large oceanic species such as dorado, and other species that prefer rocky bottoms such as the rocky corvina. The mangroves have been recorded as  nesting sites for four species of turtles: hawksbill, green, leatherback and olive. Of the latter it is one of the few nesting sites known in the continental Ecuadorian coast.
A tour along its narrow canals will persuade you of the importance of this refuge, for both fauna and for the local population who have been shellfish gatherers and fisherman for centuries. The beaches of Muisne and Portete, and bird watching along with locally-guided boat rides are the main attractions of this protected area. 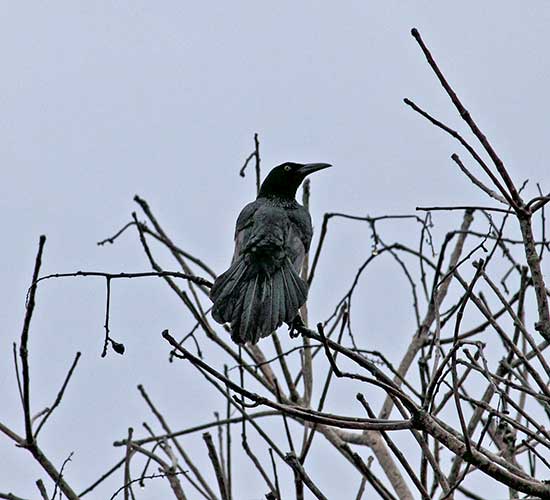 The renting of boats is available on the Muisne dock to travel through the mangroves.

Renting of boats is also available from the area of Mompiche (Portete). 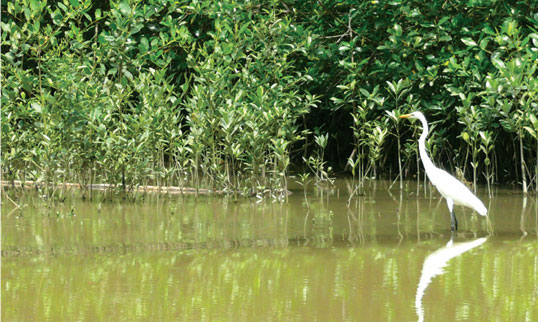 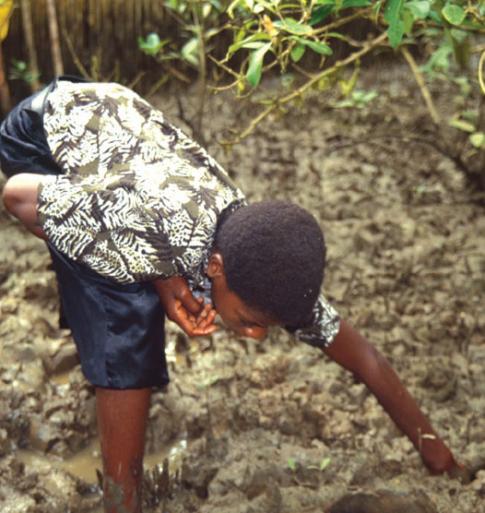 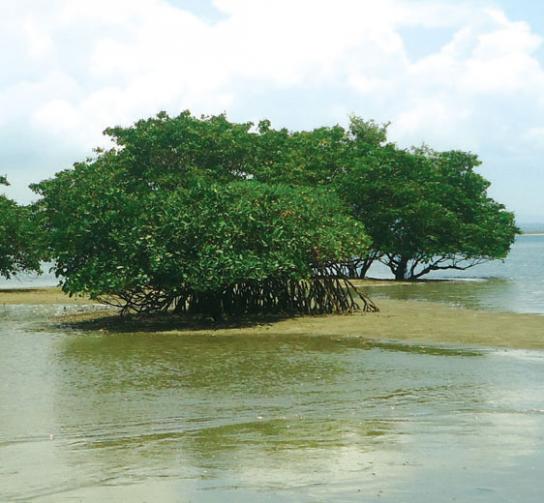 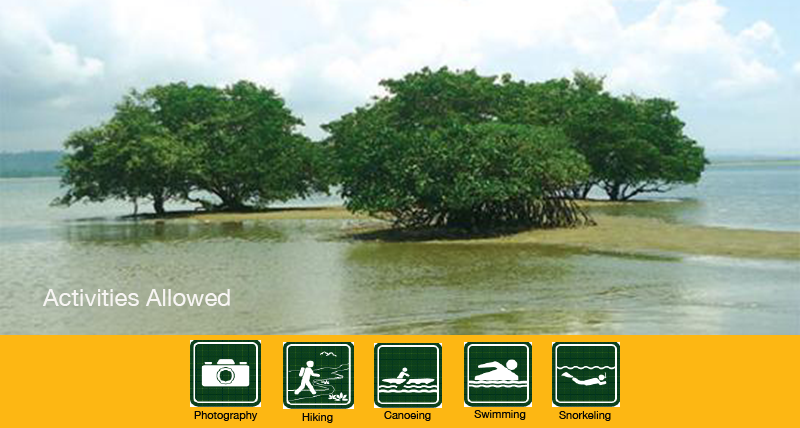 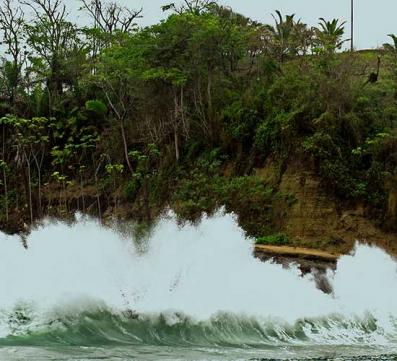