Few places in Ecuador awaken so many feelings of adventure and of mystery as 'Llanganates'. It is possible that the first idea that pops into our head is that of the mysterious scenery on the east of Pillaro where Rumiñahui ordered the burial of Atahualpa´s treasure, after his capture and death in Cajamarca. This, which has become a powerful legend, has awoken the attraction and ambition of many treasure hunters whose adventures, in the majority of the cases have ended in failure and death. Getting to the area where the treasure is supposedly hidden entails a long and arduous crossing through very humid forests and moorlands of the Llanganates Mountain Range. The great effort of the walk, because of the rugged topography, is compensated by a dreamy scenery that includes lagoons, cloud forests, and even a strange moorland of frailejones. History unites with a fantastic biodiversity, which is possibly the real treasure of Llanganates.

To Sunfopamba. Take the Quito-Ambato (132 km) road. From Ambato take the route to Pillaro and continue to the Dos Acequias area, go through San Jose de Poalo, until you reach the refuge of Sunfopamba.

To Panzarumi. Take the Quito-Salcedo road (104 km), continuing untill you reach Parroquia San Miguel (de Salcedo) and then the Panzarumi refuge. From Salcedo its 24 kilometers or about 45 minutes in private vehicle or an hour in public transportation.

Take the Pano-Talag road until you reach the town of Talag, where you´ll find a checkpoint. From here to the parks is about 4 km.

From Mera.
Take the Mera-Rio Anzu road untill you reach Km12 where you will find the control checkpoint of the park (buffer zone). Here is the starting point of the caverns of Anzu River, located in the park´s buffer zone. 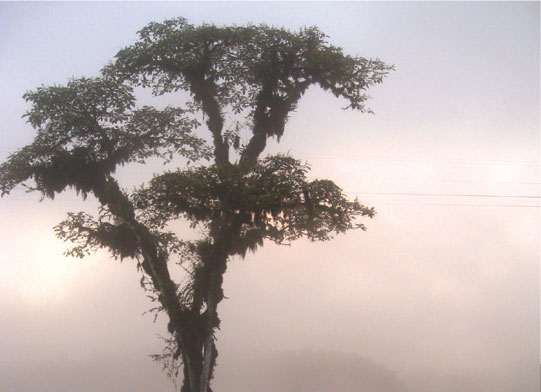 The Llanganates are located on the eastern mountain range of the Ecuadorian  Andes and present steep slopes, bare rocks, and sharp cliffs, from where streams violently fall. Both on the moorlands and the Andean forests that cover the eastern slopes of the mountain range, the terrain is of difficult access. In certain areas the topography smoothes out and gives place to the formation of lagoons and the development of giant frailejones, another of the unique characteristics of this park. In this steep terrain there are no protruding peaks, but the most important elevation is Cerro Hermoso or  Yurac Llanganati,with a height of 4,571 meters. In the area the rivers Negro, Pastaza´s tributary, and Mulatos, Napo´s tributary. 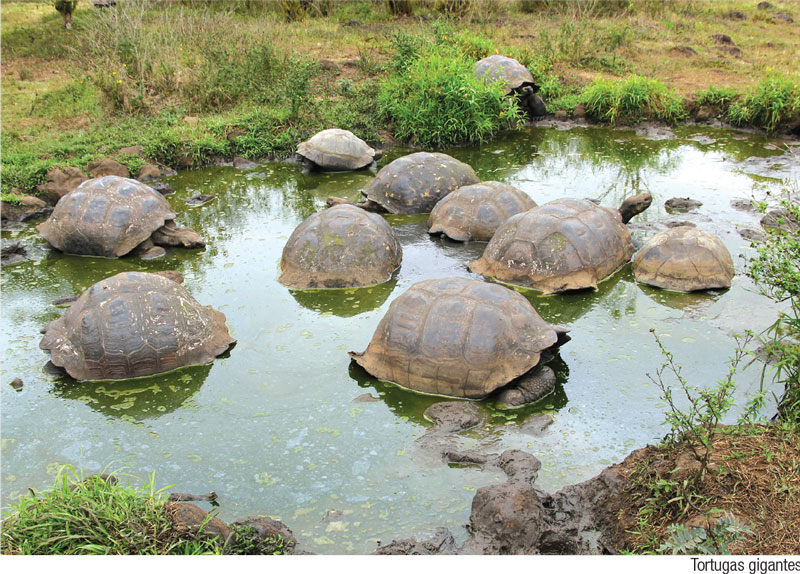 The park has the following trails: 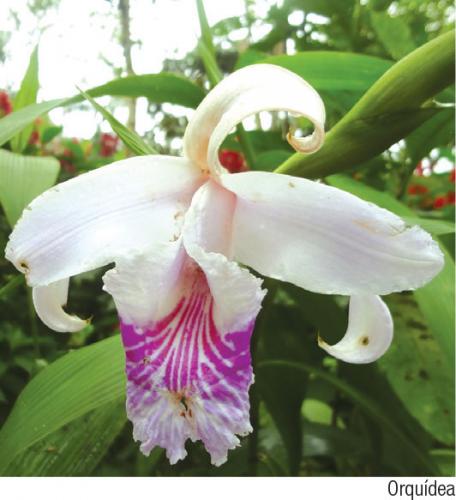 Llanganates are shrouded mystery, not only for being of an inaccessible terrain and its moorlands and forest being constantly covered by fog, but also because of the Atahualpa´s treasure legend that it holds. Lore tells us that general Rumiñahui hid part of the rescued treasure that the Spaniard demanded for Atahualpa´s liberty, when he was assassinated. Since then, numerous adventurers have tried to find the treasure and have gotten lost in the maze of these mountains, feeding to the legend. It is known that the original inhabitants practiced gold mining in the Llanganates area, of which there are remains of the roads used to transport the precious metal. The legend tells that Rumiñahui chose the Llanganates because of its inhospitable terrain:

“Llanganati itself, frightening and hostile, has been the “meca” for innumerable frustrated expeditions for nearly 300 years in search of the Derrotero de Valverde (route of Valverde), it is such an impracticable and useless area for the prospecting of gold mining that at the same time it is the ideal location to hide in perpetuity something to be concealed from the world.” (Andrade Marin, L 1970. Viaje a las Misteriosas Montañas de Llanganati (Travel to the mysterious mountains of Llanganati). Ed. Santo Domingo. Quito.) 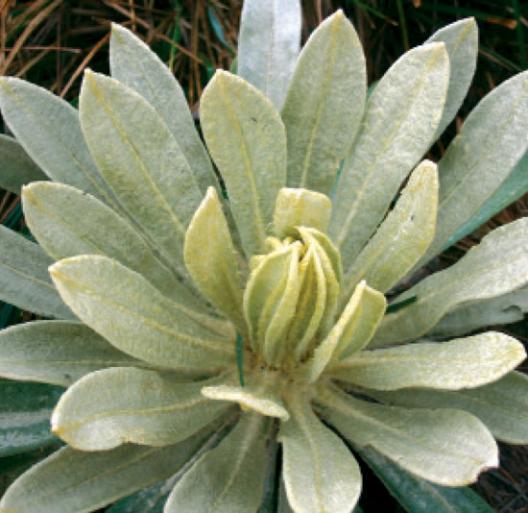 The biodiversity of Llanganates has been studied very little, precisely because of its inaccessible terrain. In the last decade there have been several inventories performed to get to know its flora and fauna and, even though they are incomplete, they provide a general idea of its biodiversity. It is calculated that there exist about 800 species of plants, among which orchids are highlighted, many of them recorded as endemic (unique) to these forests. In terms of vertebrate fauna, there are reports of close to 300 species of birds, around 50 mammals, and more than 20 species of reptiles and amphibians.

The area protects several ecosystems. In the high areas, above 3,500 meters, is the moorland. Among the grasslands there are small plants such as sunfo, achicorias, almohadillas, valerianas, gencianas, the latter ones have flowers with bright colors of different shades of pink. In the central area of the park a species representative to these moorlands, and to the park in general, appears: the frailejones. Unlike the frailejones that appear on the moorlands of Carchi, the subspecies that is found in Llanganates is taller, reaching up to 10 meters. Its leaves are hairy to protect the plants against the cold. As you descend you´ll find shrub moorlands formed by colcas, aretes, chuquiraguas and huagra manzanas. In the moorlands you´ll also find rabbits, Andean weasels or chucuris, deer, stag-goats, and moorland wolves.

Other animals that are more difficult to observe include the spectacled bear, Andean tapir, and the condor. Under the moorlands, the Andean forest has trees of alder, cedro, cashco, and pumamaqui; shrubbery such as chilcas, zagalitas, and herbs such as taxos de gallo, ferns and orchids. 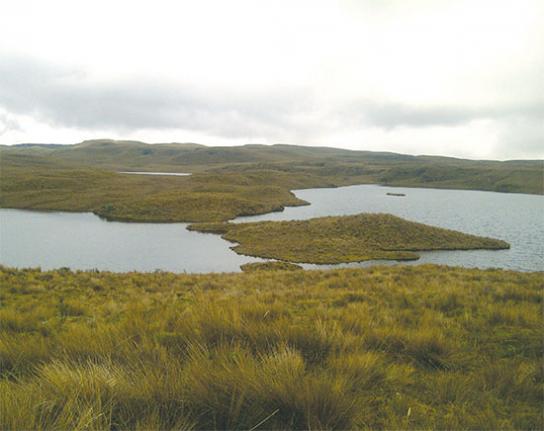 This is the park´s highest elevation, probably named after the beauty of its peaks. You´ll find a variety of environments as you explore this mountain: frailejones,  polylepis forests and extensive areas of zuro or Andean bamboo.

The Brunner or El Cable lagoon are found at the foot of this hill, and from its summit you can appreciate the Llangantes mountain range and several lagoons such as Angascocha, Pujin, and Las Tres Marias.

There is an innumerable quantity of streams that descend from the park, on its trajectory they form several waterfals and natural attractions such as the basins of the rivers Jatunyacu, Anzu, Topo, Machay, Piatuas, Verde, Verde Chico and Yanayacu, which have formed beautiful natural streams of clean crystalline water suitable for sport fishing, rafting, and kayak. 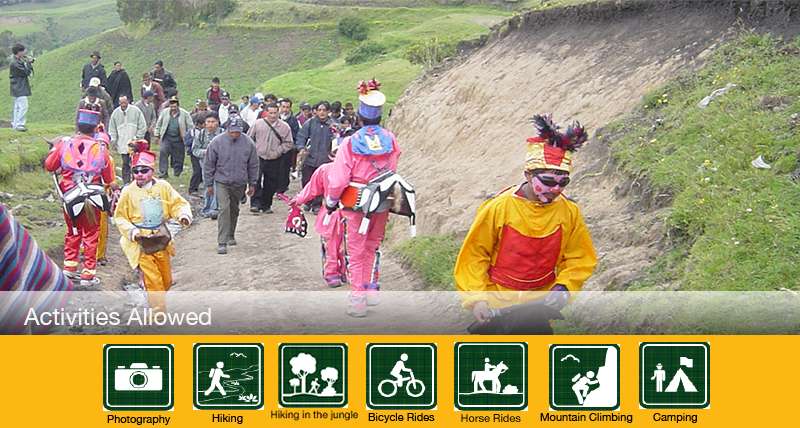 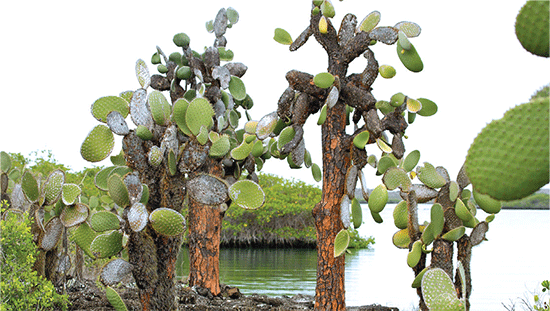 Clothing. Warm clothes, water poncho or a water resistant sweater in case of rain or drizzling. Appropriate shoes,walking boots in case of medium or long hikes.